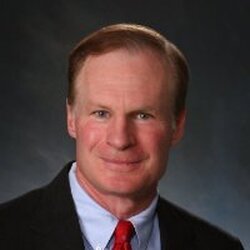 Managing Partner of Blackthread LLC, began his career with the First National Bank of Boston becoming director of the Japan/South Korea group. As vice president and Asia director for the investment firm Robert W. Baird & Company, and managed two campaigns in Wisconsin before joining  the U.S. Senate Finance Committee and U.S. Joint Economic Committee as an Asia advisor and as an emerging markets advisor to the U.S. Treasury Department.  Carl was then appointed by President George H.W. Bush to represent America on the executive board of the Asian Development Bank in Manila, Philippines. Carl was a co-founder and CFO of Pacifica Holdings, columnist with Forbes Asia and the National Interest, served as a member on the US National Committee on Pacific Economic Cooperation, and was chairman of the Asian Pension Forum. He is also an advisor to Asia Frontier Capital and author of three books on investing as well as Red, White & Bold: Building a New American Century, and most recently,  Power Rivals: America and China's Superpower Struggle. He earned a MALD from the Fletcher School of Law & Diplomacy, Tufts University with study and research at Sophia University, Keio University, and Harvard University's Center for International Studies.
​
Nicholas A. Vardy
Hay-Seward Fellow

Born in Pittsburgh, Nicholas is a Chartered Financial Analyst (CFA) and an accomplished investment advisor and strategist who oversaw a portfolio of more than $1 billion in assets. He is a widely recognized expert on global investing and exchange-traded funds. He has been a regular commentator on CNN International and has also been cited in The Wall Street Journal, Financial Times, Newsweek, Fox Business News, CBS, MarketWatch, and MSN Money Central. Nicholas holds a bachelor’s and a master’s from Stanford University and a J.D. from Harvard Law School.

Lee H. Hamilton is one of the nation’s foremost experts on Congress and representative democracy is currently a member of the President’s Homeland Security Advisory Council. He served in the U.S. House of Representatives, where he represented Indiana from 1965-1999. He also served as President and Director of the Woodrow Wilson Center in Washington, D.C., from 1999-2010. He received the Presidential Medal of Freedom in 2015. Hamilton currently serves as a Distinguished Scholar in the School of Global and International Studies at Indiana University. A leading figure on foreign policy, intelligence, and national security, Hamilton served as Vice Chairman of the 9/11 Commission and Co-Chairman of the bipartisan Iraq Study Group. Until recently, he served as Co-Chair of the U.S. Department of Energy’s Blue Ribbon Commission on America’s Nuclear Future with General Brent Scowcroft and as a member of the President’s Intelligence Advisory Board.

Mr. Neill led business development activities for Rare Earth Salts and experience with China since 1995 as part of the management team of AMR Technologies (now Neo Performance Materials). Managed two joint ventures in rare earth separation inside China becoming VP/GM for the rare earth division. From Beijing, negotiated a joint venture in Inner Mongolia, China and then led a turnaround of an American joint venture in China. Key member of Dacha Strategic Metals, purchasing rare earths stockpile in China as its value grew from $20M to $150M. Degree in Material Science Engineering from the University of Western Ontario and MBA from York University, Toronto.

Mr. Henderson is president of Rittenhouse International Resources, LLC and has a forty plus year career in specialty materials including with Cabot Corporation. He has experience with products and markets such as as tantalum, niobium, rare earths, scandium, gallium, lithium, beryllium, and superalloys. David is co-founder, Director, and CMO of Nanoscale Powders, a manufacturer of elemental and alloyed metal and ceramic powders and is a graduate of Pomona College and Harvard Business School.
​
Gregory D. Wischer
Cobalt Advisor

Mr. Wischer is Vice President of Government Affairs at Westwin Elements—an American company poised to build and operate the first major cobalt refinery in the United States. He has experience in both the public and private sectors, including with National Defense University, US Senate Foreign Relations Committee, US House of Representatives, J.R. Simplot Company, and Centre for Policy Research in New Delhi, India. Mr. Wischer has spent substantial time overseas, most extensively in sub-Saharan Africa and India. His writing has appeared in the Washington Times, RealClearMarkets, Newsweek, The National Interest, and Georgetown Security Studies Review. He is a born and raised North Dakotan, and he received his BA in International Business from Boise State University, where he also captained the men’s tennis team, and his MA in Security Studies from Georgetown University.

Mr. Molinero is the current prime contract Deputy PM helping lead a group of ~70 contractors in support of the National Security Innovation Network at the Department of Defense (NSIN, OUSD Research & Engineering).  He has over 17 years of experience at the intersection of national security innovation, venture capital, mergers and acquisitions, and Fortune 500 corporations - equity and debt placements for companies in industrials, transportation, retail, energy, and defense, completing ~$1.2B in transactions at Castle Placement, a NY-based investment bank.

Previously worked at Cummins’ corporate venture group and as the U.S. partner of 4i, a corporate venture advisory services firm that served Forbes Global 2000 energy and defense companies. Before that, he was a project director at the AES Corporation, helping to lead a new subsidiary focused on managing global power delivery risk. Francisco has been a dual-use entrepreneur twice, both at GenCell Corporation, a stationary and airborne power fuel cell company acquired by an oil conglomerate in 2009, and at SEADM, a Yale-based real-time detection of explosives and satellite propulsion company with technology developed for AFRL/AFOSR and NATO’s Counterterrorist Task Force.

Completed doctoral studies (all but dissertation) in Mechanical and Chemical Engineering from Carlos III University of Madrid, has done extensive research at Yale University and holds MBA and diplomacy degrees from Georgetown University’s McDonough School of Business and School of Foreign Service. Also graduate of the London Business School’s Project and Infrastructure Finance Executive Program. FINRA Series 7 and 63.

Mr. Eggert is Viola Vestal Coulter Foundation Chair in Mineral Economics at Colorado School of Mines, where he has taught since 1986. He also is deputy director of the Critical Materials Institute, a research consortium established by the U.S. Department of Energy in 2013, to accelerate innovation in energy materials. His research and teaching focus on mineral economics and public policy – especially, in recent years, on critical minerals and materials. He chaired the U.S. National Research Council committee that wrote the 2008 book, Minerals, Critical Minerals, and the U.S. Economy (National Academies Press). He has testified on critical minerals and materials at committee hearings of the U.S. Senate, U.S. House of Representatives and European Parliament. Mr. Eggert has a PhD, Mineral Economics, Pennsylvania State University, 1983, MS, Geochemistry and Mineralogy, Pennsylvania State University, 1980, and a BA, Earth Sciences, Dartmouth College, 1978.

Dr. Brady is the Executive Director of the J.P. Morgan Center for Commodities at the University of Colorado Denver Business School. Prior to this, he was the Chief Economist at Newmont Mining Corporation where he was responsible for generating key commodity price, foreign exchange and other financial assumptions used throughout the company. In this role, Dr. Brady also developed methods to effectively quantify and communicate the economic impact of Newmont’s operations to host communities and countries. Prior to this position, he led Newmont’s Strategic Planning function that developed and implemented portfolio modeling analytics. Before Newmont, Dr. Brady was a Senior Manager at Risk Capital Management, a consultancy that advised energy and natural resource companies on financial risk, valuation and commodity hedging. He has also worked with CQG, Inc. where he developed a suite of automated trading systems for commodity futures contracts using the company’s short-term, price and volume charting methods. He holds a Ph.D. in Mineral Economics with research emphases in commodity markets from the Colorado School of Mines.

Mr. Kooyker co‐founded Valent after serving as Partner, Managing Director and Portfolio Manager at Blenheim Capital Management (BCM). At Blenheim, he led its expansion into coal, minor precious metals, rare earth elements and other physical metal markets. From 2016, as Partner, he helped oversee the Firm's overall risk exposure and operation, and served on BCM’s allocation committee which determined PM allocations of the $9 billion in peak assets. Kooyker graduated with honors from Columbia Business School with an MBA, with distinction from Oxford University with an MSc in Science and Medicine of Athletic Performance, and Brown University with a BSc in Neuroscience. He serves as Senior Advisor to the World Bank for Sustainable Development in South America​.

Mr. Mullin is the CEO of QuestEx Gold & Copper Ltd. since August 2019. He is a Partner and Director of Mount Arvon Partners LLC, and he was previously the CEO and Director of Buckingham Copper Corp. He is an Independent Director of Industria Metals. and Pure Energy Minerals Limited. Mr. Mullin has over 20 years of experience in corporate finance, private equity, restructuring, resources and consulting. He has served as a Consultant, Trust Advisory Committee Member, Chief Restructuring Officer, Creditor Committee Member and executive to several companies through Joseph E. Mullin LLC. He began his career as a Financial Analyst in the Corporate Finance Department at Goldman Sachs, was a Private Equity Analyst at WL Ross / Invesco Ltd. and a Portfolio Manager at Millennium Global Investments Ltd. He has a B.A. from Harvard University.
​
Daniel McGroarty
Rare Earths, Rare Metals Economic Security Advisor
​
Mr. McGroarty has fifteen years of experience in advising companies in the resource sector, with a focus on critical and strategic materials and supply chains. He has consulted for more than a decade with firms ranging from Fortune 50 companies to start-up ventures. Daniel was a Special Assistant to George H.W. Bush and Presidential Appointee to two U.S. Secretaries of Defense. He has a Master’s Degree from Boston College in Massachusetts.

Mr. Abraham runs the Technology, Rare and Electronics Materials Center and is author of The Elements of Power. David’s career spans from commodities trading on Wall Street to the White House where he oversaw international and natural resource programs.  He researched rare earths and rare metals at Tokyo University, Japan's Ministry of Economy, Trade and Industry, and the Council on Foreign Relations. 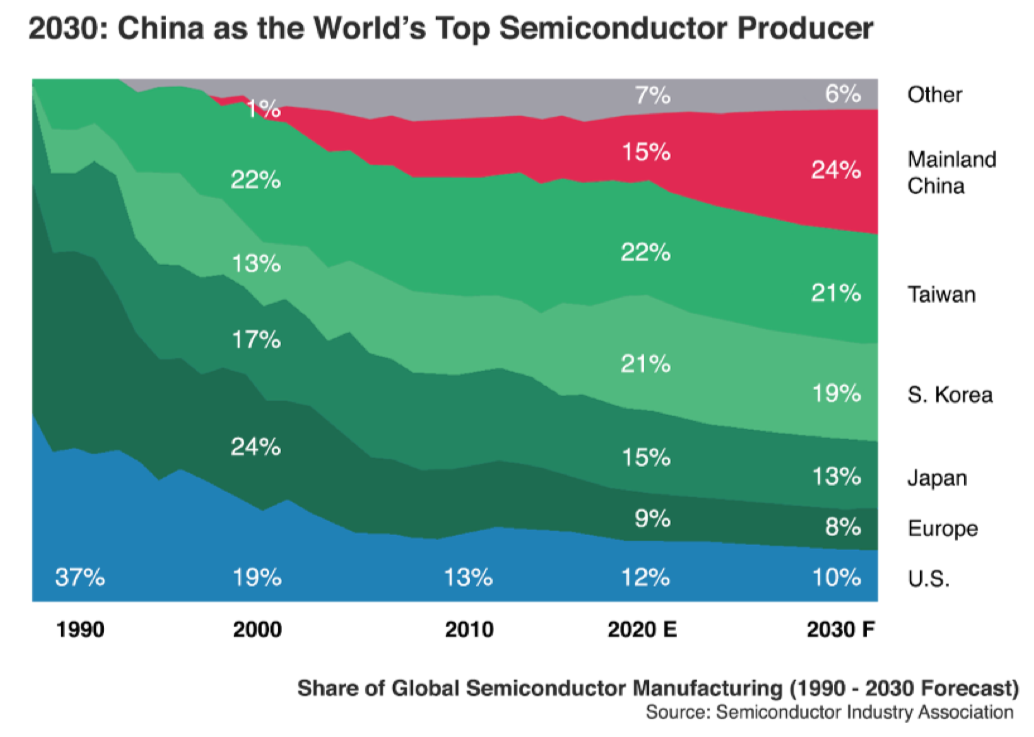