ECONOMIC SECURITY COUNCIL
The Economic Security Council believes that America is a superpower at risk.

A confident American economic and financial diplomacy executed by our government and the business community can enable the United States to play a decisive role as leader, balancer and mediator - if it chooses to lead.
​The Asia Pacific and Eurasia, is where the world’s center of economic and innovation is shifting, where our strongest partners and competitors are based, and where our destiny as the world’s leading power will be either confirmed or upended.

​Part of the problem lies in the old Washington saw that the urgent always crowds out the important.
​
Council members generally share the following beliefs:

1) For any government, national security is paramount.
2) The foundation of national security is a dynamic, growing economy leading to industrial, technological and financial strength.
3) Therefore, economics should always lead foreign policy and economic/financial diplomacy is of the upmost importance.
4) Economic growth and security is closely tied to the financial security of families and a large, mobile, confident middle class.
5) We need to end the borrowing of money from future generations and protect the reserve status of the U.S. dollar.
6) Our key challenge is our global rivalry with China requiring urgency, unity, and determination - not identity politics.
7) The domestic development of critical industrial and technology natural resources is essential to economic and national security.
8) Maintaining America as the world's leading economic, financial, technological and military power is imperative.

Our thinking will be independent, proactive, contrarian, disruptive and politically challenging.
Here are just some examples.

1) We promote the expansion of capitalism.
2) We seek a smaller, more focused, energetic, and competent government with smaller workforce and more technology.
3) The Treasury Department should play a larger role in foreign policy and domestic and international financial policy.
4) The Commerce Department should be transformed into a Department of Science & Technology.
5) We will promote policies that expands the ownership of stocks from the current 50% of Americans to 80% of Americans.
6) We support a  prudent and incremental shift of the social security trust fund into broad based equities.
7) The launch of a non-partisan, professionally led American private/public sovereign wealth fund.
8) Fourth generation thorium nuclear reactors could safely increase nuclear from the current 20% to 30% of electricity generation.
9) A Fed-backed blockchain-based digital U.S. dollar needs to be tested and launched with the cooperation of the private sector.
10) The Pentagon's budget process needs more flexibility and accountability, lower headcount and more resources for technology. 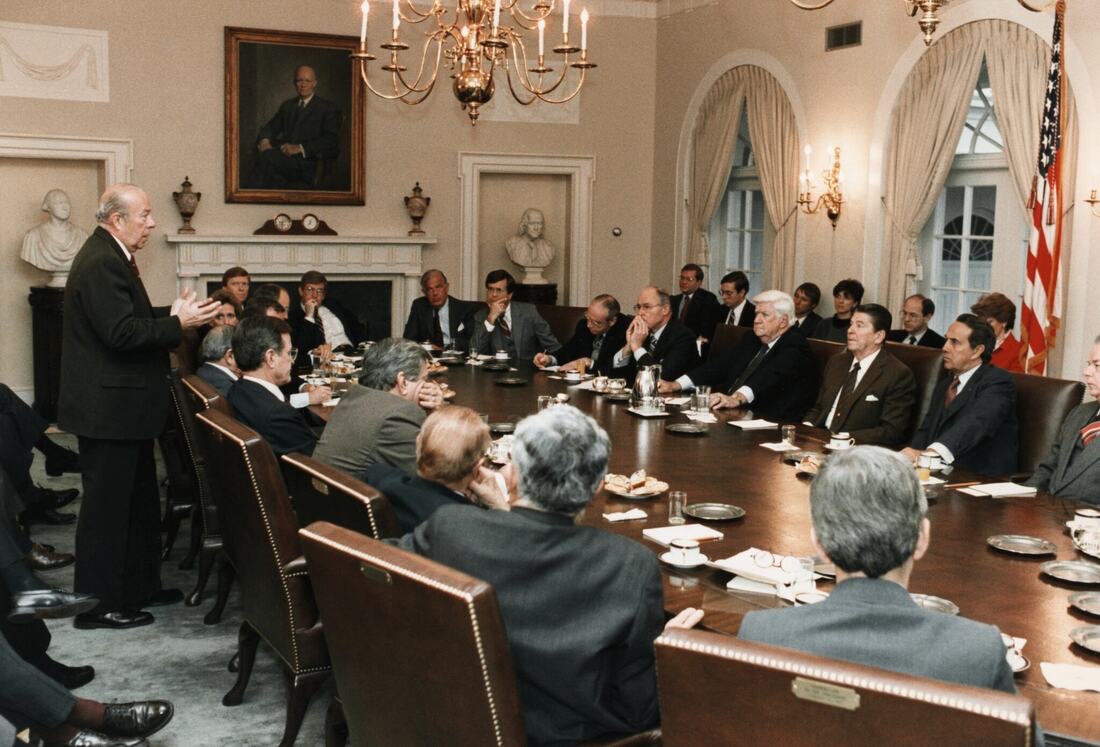 It is hard for us to understand that we have to be able to do military and political and economic....all simultaneously"
Henry Kissinger, 1958

“economic power is sticky power; it seduces as much as it compels...a set of economic institutions and policies
attracts othersinto our system and makes it hard for them to leave”
Walter Russell Mead
​
​All Rights Reserved
Economic  Security Council Inc.
A 501 (c) (3) organization